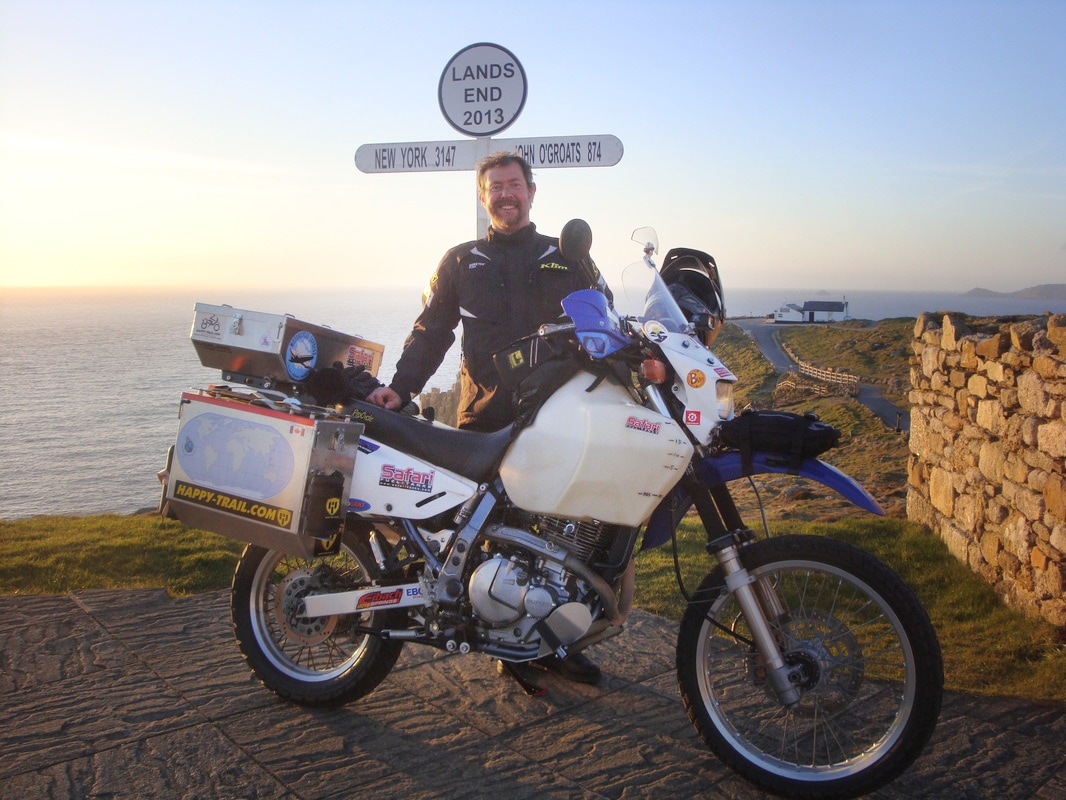 Former dogsled guide and ex-pat, Nevil Stow now resides in Canmore, Alberta, Canada where he runs the website MotoExped and the 9 Minute Moto Film Festival. Nevil started riding at a very early age in England and has subsequently had bikes all his life. He’s travelled extensively through North America and Canada. In 2009 he had a stroke that affected all sensation down his left side and saw him hospitalized.

This humbling experience wasn’t wasted on him as, just 9 months after his stroke, he decided to take a charity fuelled trip from Canmore, Alberta, to Inuvik, North West Territories and Prudhoe Bay/Deadhorse Alaska, covering some 5500 Kilometres of dirt roads in the process.

MotoExped has now become the parent company of the 9 Minute Moto Film Festival, the brainchild of Nevil and wife Michelle, that seeks to showcase short (9 minutes to be precise) movies made by motorcyclists and travellers around the globe.

You can find out more at the following links